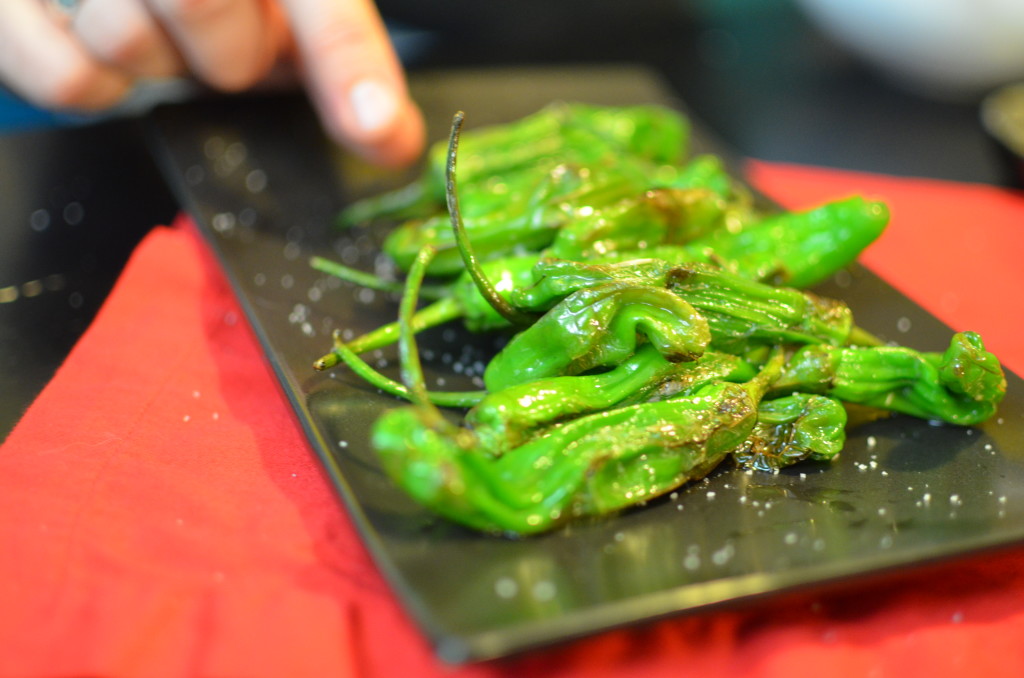 Shishito peppers seem to be all the rage right now. I had them a long time ago when I was a kid, but they seem to be popping up just about everywhere. Friends have sent pictures of their dishes, grocery stores are carrying them, I’ve been hearing about them in conversation–it was as if they randomly started appearing on everyone’s plate.

The shishito pepper is an Asian pepper of varying spice levels. You don’t actually know which peppers are spicy and which aren’t and they say that one in ten has has a kick. Overall, the peppers are pretty mild but have a nice grassy flavor.

Grabbing a bag at Trader Joe’s, I decided to make the shishito peppers an appetizer to dinner. It was incredibly easy and tasted fantastic. I blistered them and served them with salt over the top and coconut aminios to dip in. 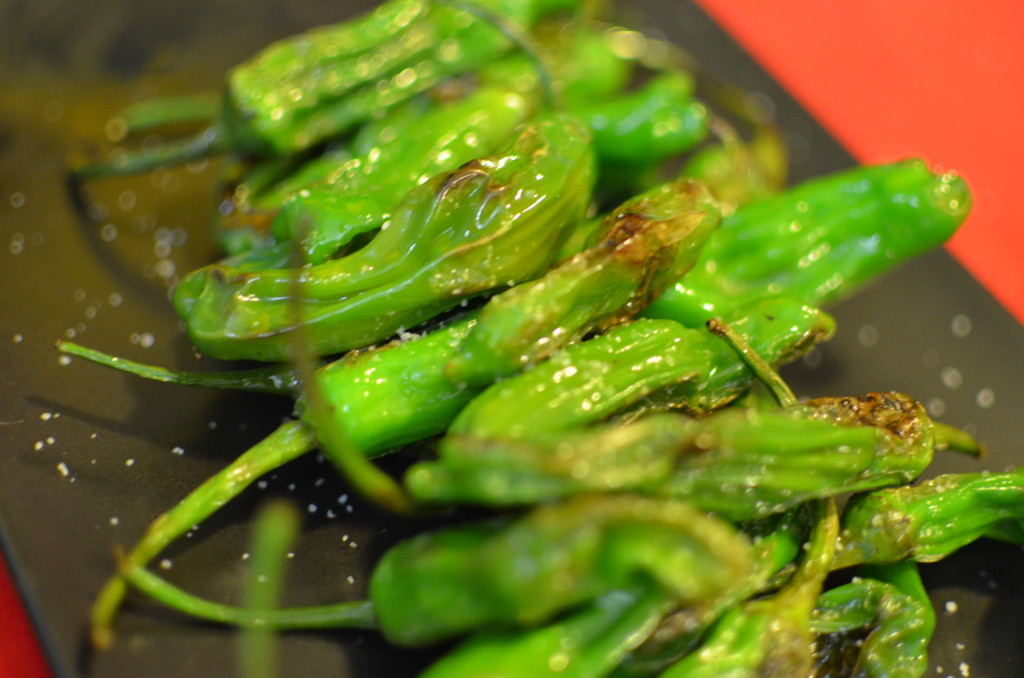 Chris loved the peppers and I had to agree they were tasty. The first one he picked of course happened to be the one out of ten–which was good since he loves spicy food. I was actually a little nervous since I didn’t know how hot the spicy would be. I eventually had one of the spicy ones and it wasn’t too bad. It was though, quite different from mild majority. They were light and had a great texture, the skin not being thick at all like a jalapeño pepper. I was also relieved that they didn’t taste anything like a bell pepper. For my fellow bell pepper haters out there, these are safe!

I feel this dish as an appetizer would go really well with seafood. I’d really like to make a shrimp dish and serve these along with, or perhaps a salmon dish. With how easy these were, I plan to prepare these again in the future and use for entertaining as well. After having these, Chris is now requesting stuffed jalapeños so expect those relatively soon.

Give these a try! They’re fast, inexpensive, easy to make, and exotic!

A healthy and flavorful appetizer of sishito peppers with salt.