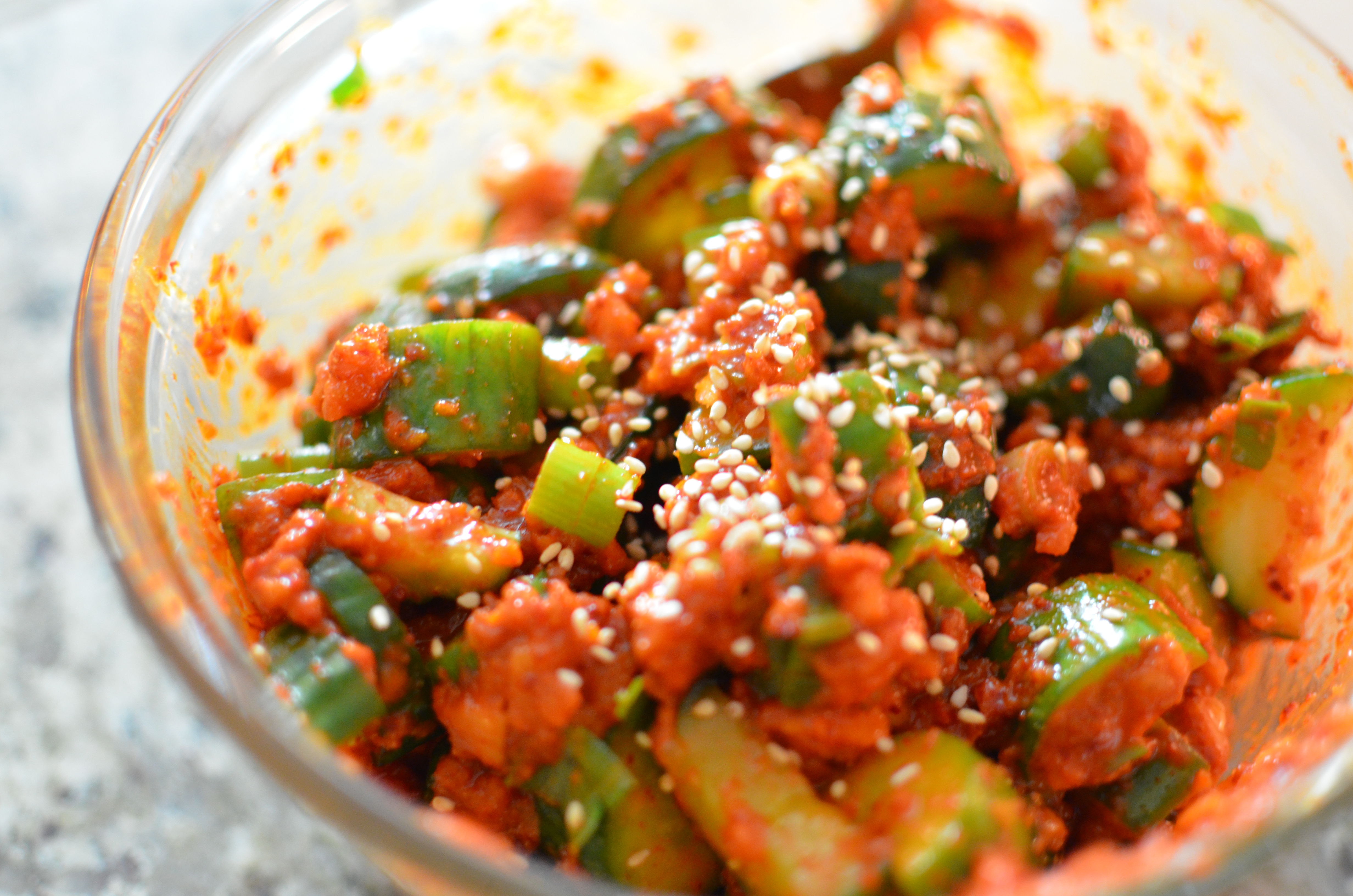 Yay! It’s time to post about the first meal I made in the new house! I had written down this wonderful recipe in my notebook I keep next to the stove. My little one got ahold of it and somehow tore out the recipe…sooo I don’t actually have the recipe anymore and will have to remake it. Heartbreaking I know. I should have typed it out, because now it’s been over a month since I’ve made it. Maybe I’ll get lucky and find the recipe while I finish unpacking (yes, I’m still unpacking). Chances are, I won’t randomly come across the piece of paper. So, I’ll do my best to recreate it as soon as I can, but I figured I’d share the pictures and the how to before I end up losing those as well.

Here’s how the story of the recipe went:

Since I was on a kimchi kick, I figured I’d use up the cucumbers that were screaming to be used in the fridge.

My grandma used to make this delicious sweet pickled cucumber called sunomono. It’s one of my favorite things she used to make and it always brings back good memories.

In Korean cuisine, they have a pickled cucumber that is similar to their kimchi recipe. This is my take on it. I didn’t ferment it; I ate it fresh along side bulgogi chicken. Next time, I’ll try it fermented. 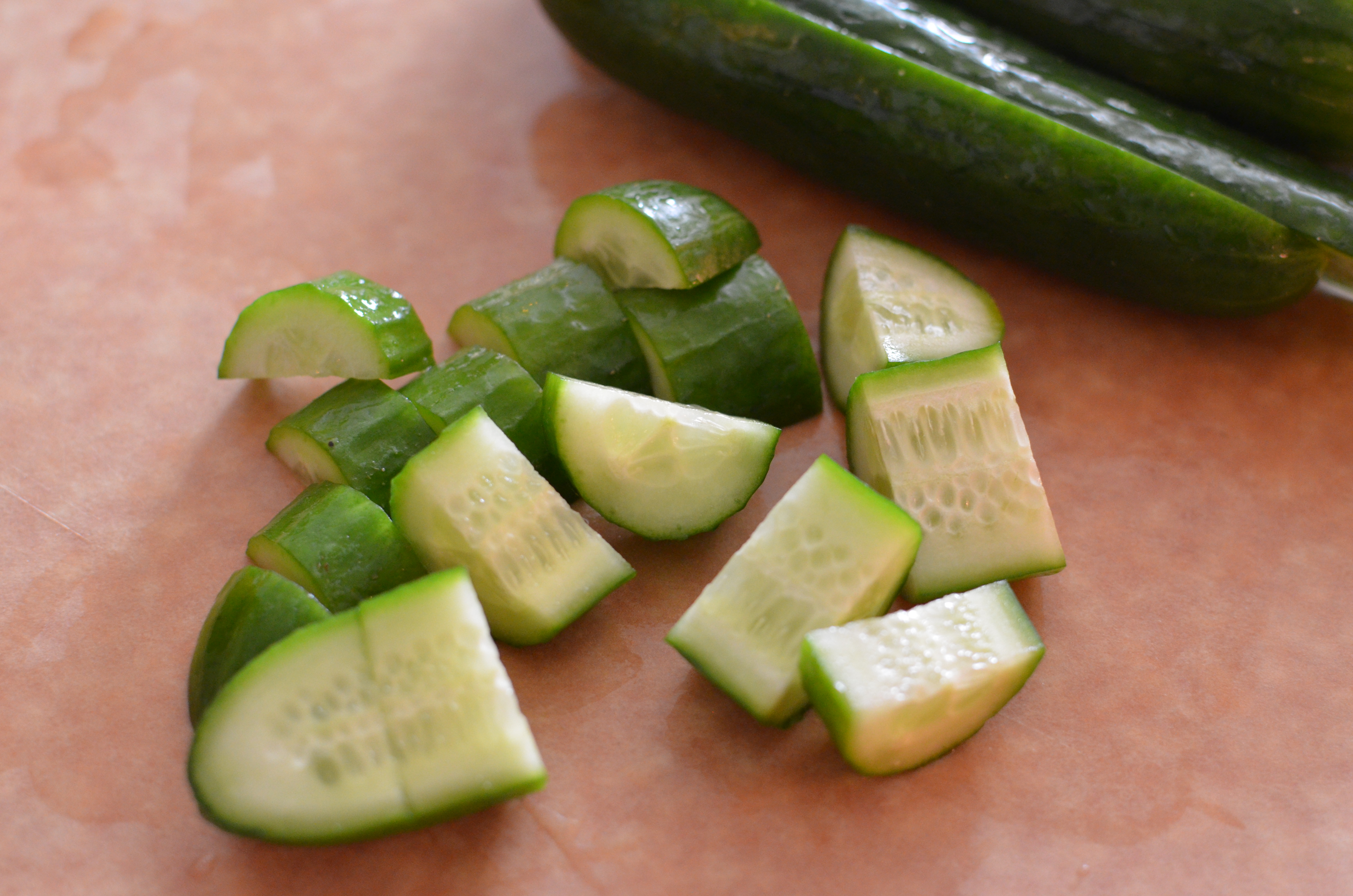 I had a few cucumbers in my farmer’s market box that I chopped up into bite sized pieces. Any cucumber would work, but hothouse cucumbers without wax coating would be best. 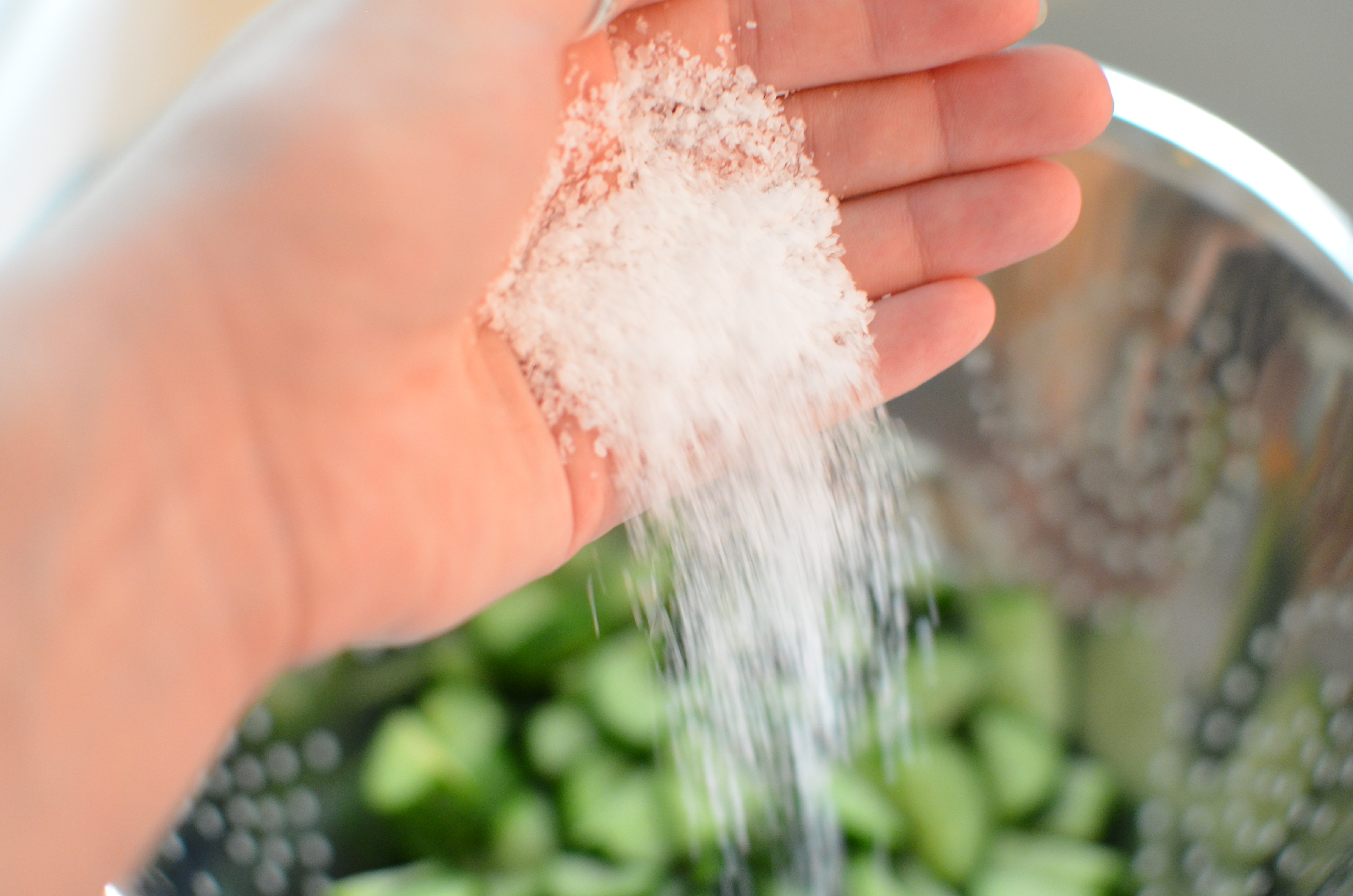 After you’ve cut up the cucumbers, put them in a strainer and salt them well with kosher salt. 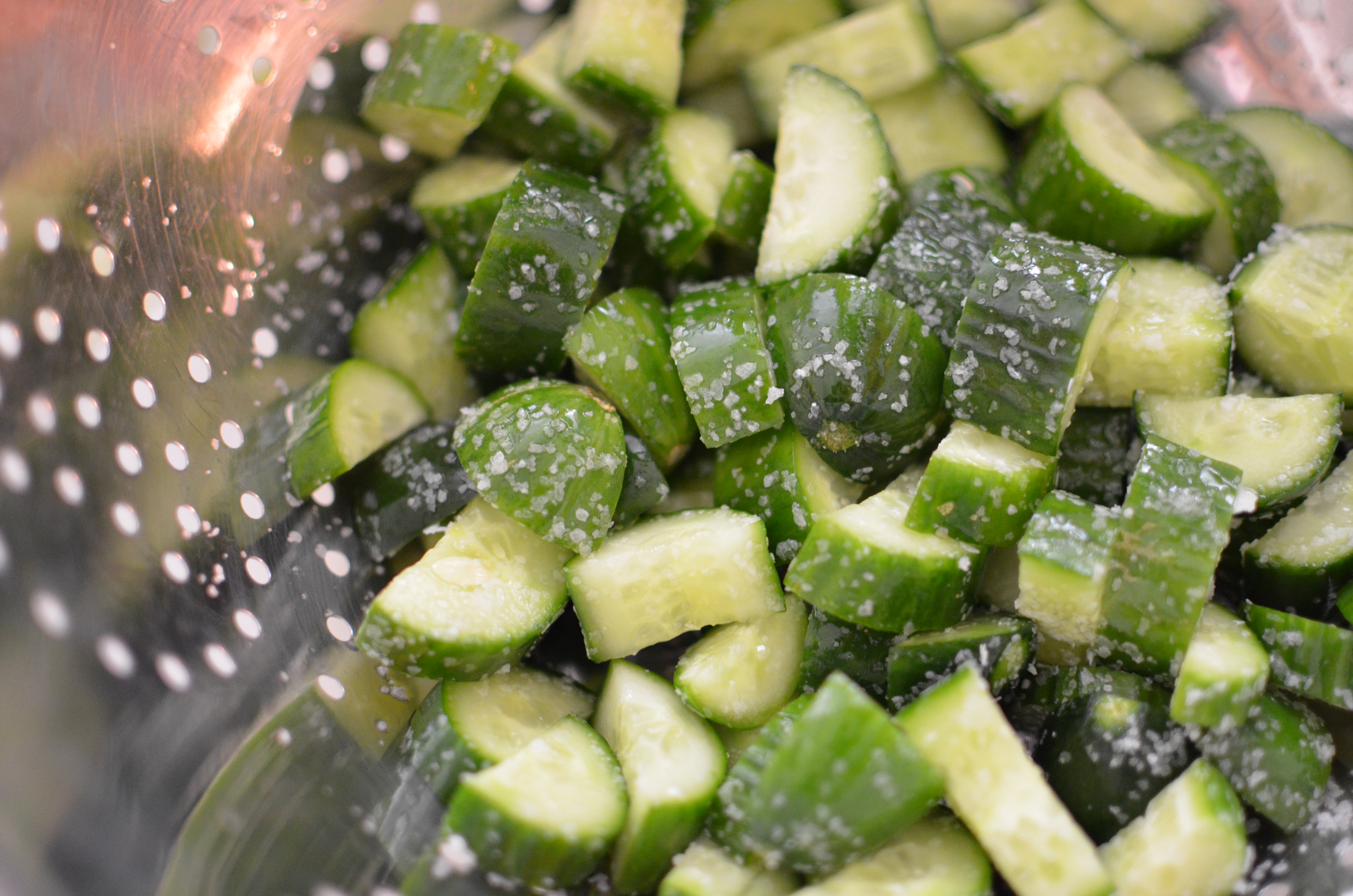 Now that they’re all salted, let them sit for at least 30 minutes. This will allow some of the water from the cucumber to be pulled and soften the texture of the cucumbers. 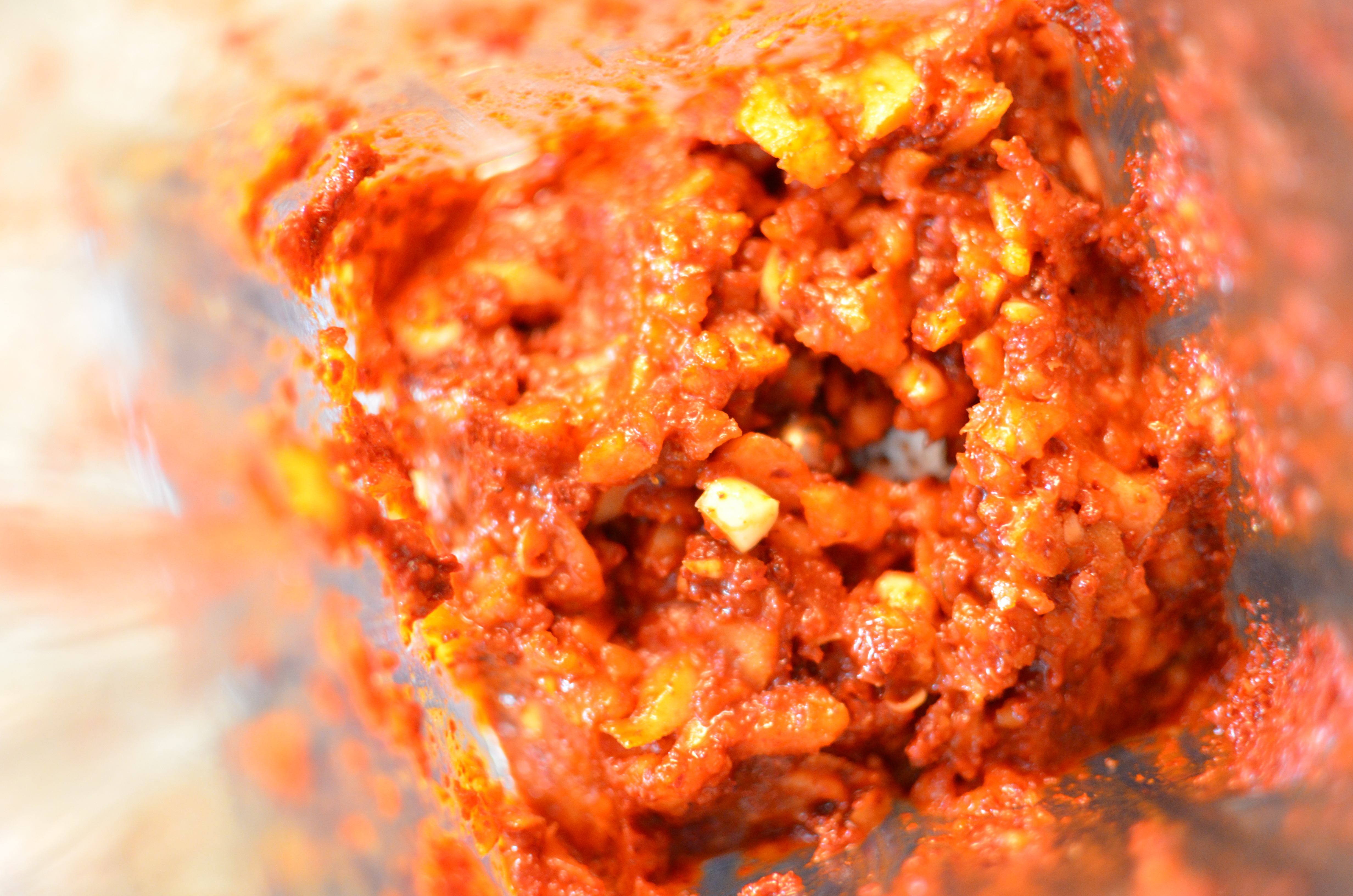 Now for the paste! This is the part I don’t exactly remember what went into it. Garlic, spices, vinegar, yeah…I wish I knew. I promise, promise, promise, I’ll try to recreate it. The good news is, the next  version just might be better than this version! 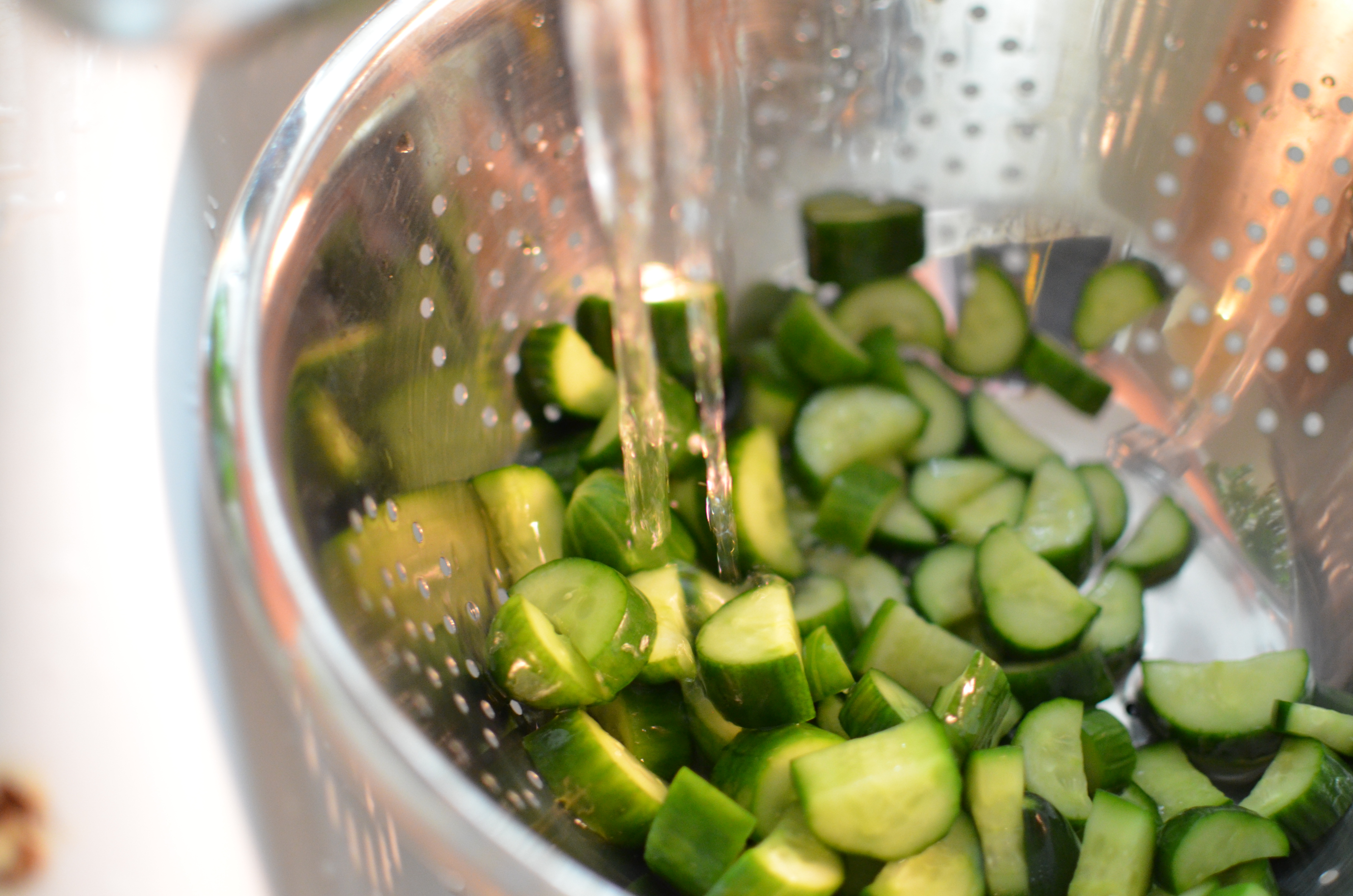 After finishing the paste, wash off the salt from the cucumbers. 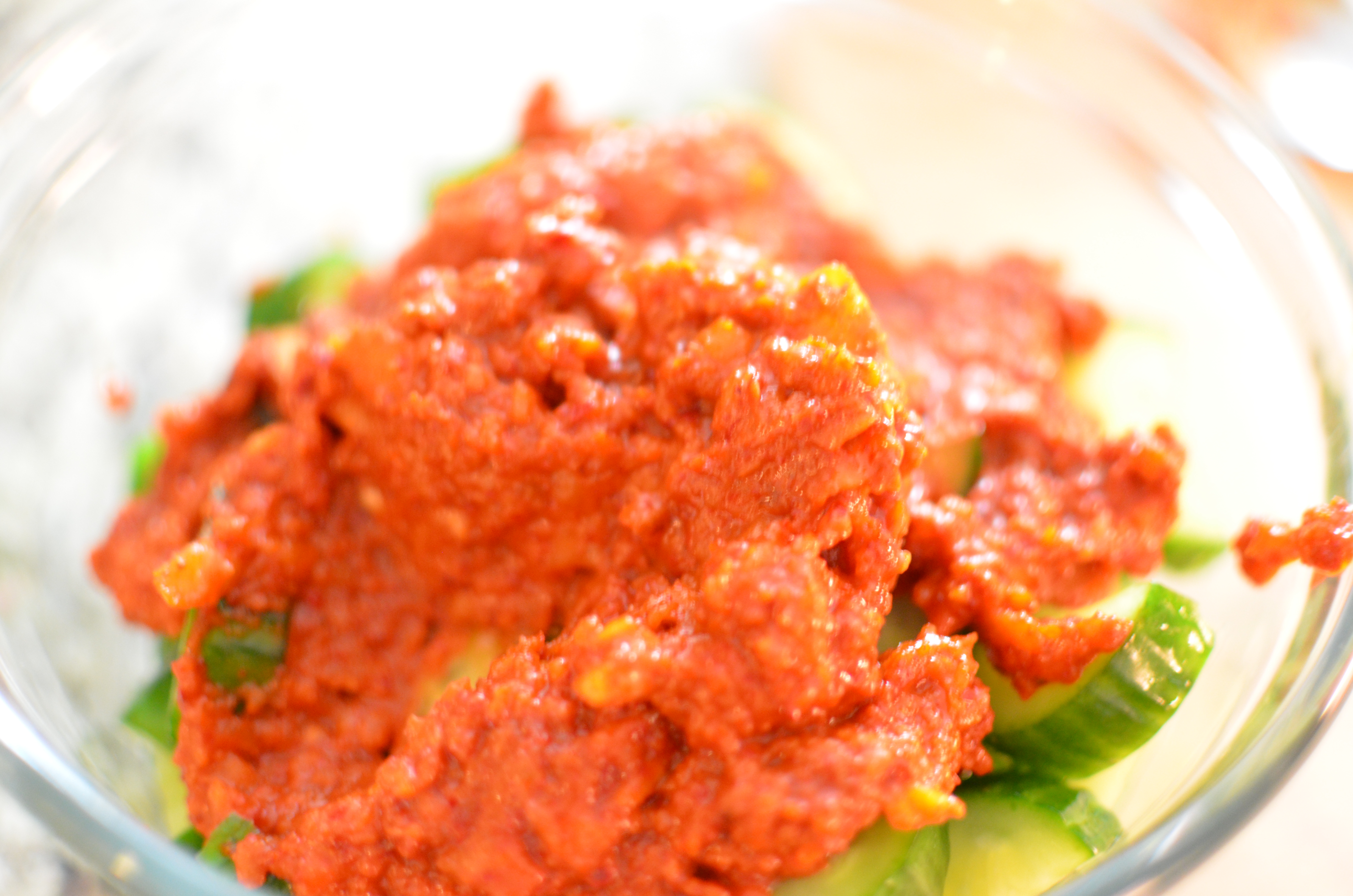 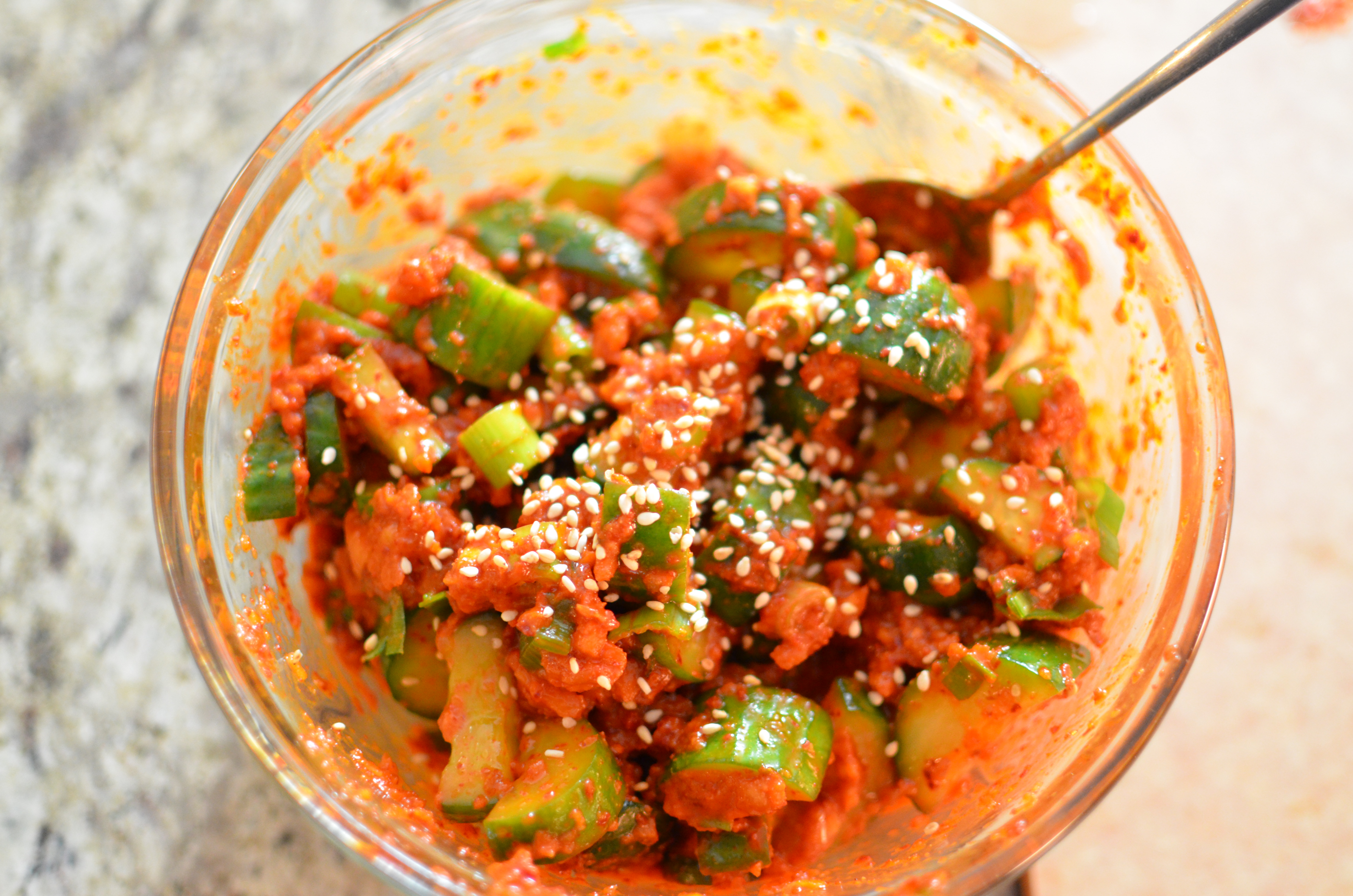 Mix, mix, mix and add sesame seeds for garnish! This tastes amazing fresh and was gone in one night. Cucumber kimchi for the win!