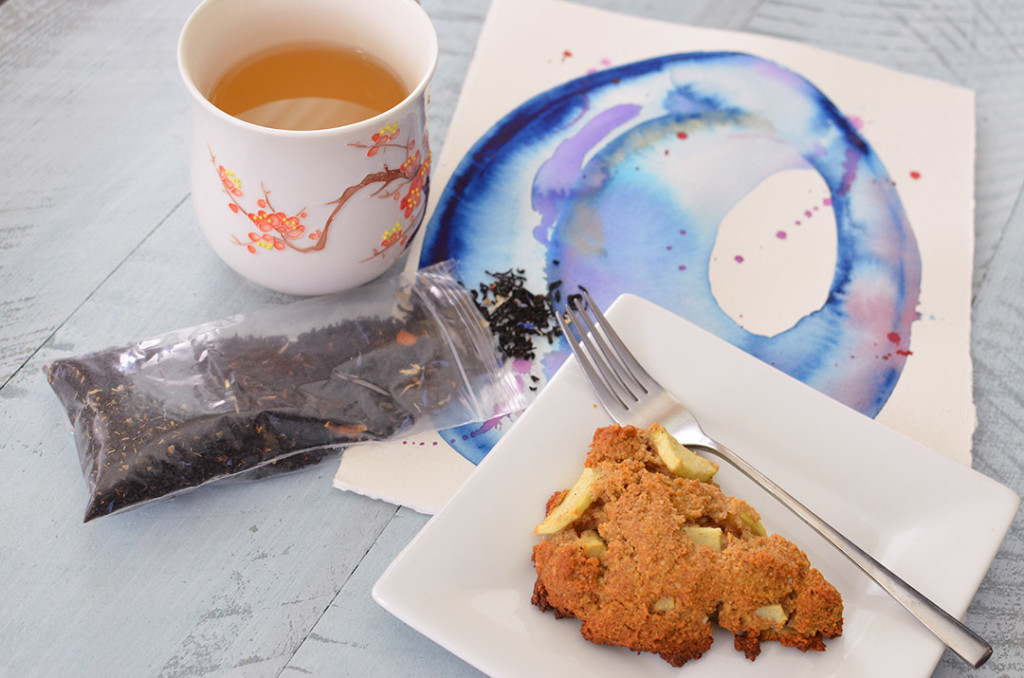 The scones were good, they were moist and they smelt wonderful, but they weren’t anything special. The dough was really sticky even though I had used frozen butter as suggested. In the images in the book, the dough for the scones looked much more solid and mine looked like runny muffin dough. I’m not sure what happened, but I wasn’t too excited.

I liked the apple and cinnamon flavor, but the smell of the scones alluded to more flavor than they actually had. Now I know scones aren’t suppose to be sweet, and these were much nicer in texture than a lot of scones that I’ve had, but it still didn’t make an impression on me.

I’d like to try a couple different recipes for gluten free scones. I’ve seen a few on Pinterest and one other in a book I’ll be making recipes from later. I’d really like to find one that is moist, tastes good, and can be eaten with tea without falling apart.

Have you made a gluten free scone you’ve found successful? Do you have any recommendations?